These Three Tricks Clickbait Articles Use Will Shock You 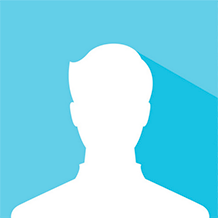 If you like roaming various social media, you probably come across posts which lead to online news web sites relatively often. If you take a look at the headlines of these posts, chances are that you will notice quite bombastic vocabulary. However, if you click on this post in order to read the story itself, it is quite likely that you will end up disappointed in the story, as it might not hold up to the bombastic promises of the headline. If you have ever found yourself in this situation, then you have been tricked by what is known as clickbait. Clickbait is a common technique in modern news writing which focuses mostly on affecting the reader into clicking on the link and reading the story. In order to do so, journalists who rely on clickbait employ a few tricks which are meant to have a psychological impact on the online passers-by and prompt their interest. Considering how common it is to fall for such strategies, let’s try to define and discuss the concept of clickbait and elaborate on these tricks employed by online journalists.

Although it is not the only form of attention-seeking journalism out there, clickbait has been on a steady rise in the recent years. Clickbait articles have risen to great popularity on the Internet, so much so that, according to the article You won’t believe what viral content does to news, they were among the fastest-growing forms of content online in 2014 (Gapper, 2014). The success of clickbait is reflected in the case of the online magazine Slant, where the journalists would be paid 5$ extra for every 500 clicks on their articles. However, this case also reveals more pernicious aspects of this phenomenon, as the fact that the journalists are paid for writing clickbait has, according to the article What it’s like to get paid for clicks, “failed journalism and its practitioners” (Murtha, 2015).

However, before the more pernicious aspects of clickbait can be discussed, it should be properly defined, and that can be somewhat challenging. The definitions of clickbait found throughout online articles share a similar core, where clickbait is “It [clickbait] is a headline which tempts the reader to click on the link to the story” (Frampton, 2015). Although this kernel of the meaning is generally agreed upon, many of the articles discussing clickbait claim that people often add additional elements of the meaning of the term; at this point confusion arises. Namely, according to these articles, there are general problems when it comes to understanding of the concept of clickbait, as the definition can get muddled by the negative representations people tend to associate with this phenomenon. For example, some hold that the term clickbait refers merely to the easily digestible number-based lists found on sites such as Buzzfeed, while some consider that clickbait is a proper substitute for “anything I don’t like on the Internet” (Gardiner, 2015). Although the general negative connotations are mostly shared, the exact understanding of what clickbait should refer to is lacking. This can cause some confusion regarding the way clickbait is understood. Therefore, a look at the previously mentioned tactics that clickbait journalists employ should prove a useful point in understanding the way clickbait works. Moreover, analyzing these tactics will add to the description of the more manipulative aspects of clickbait.

In order to discuss these tactics, we turn to the article appropriately named You’ll Be Outraged at How Easy It Was to Get You to Click on This Headline. This particular article, written in 2015 and published on the web site Wired.com, starts off by acknowledging the previously mentioned confusion around the term clickbait. It goes on to describe the previously mentioned tactics which, according to the article, have to do with “the outsized role emotion plays in your intuitive judgments and daily choices, and your lazy brain” (Gardiner, 2015).

The first tactic employed by clickbait-writing journalists is related to the sentiment that an article can arouse in the reader. Namely, this tactic consists of trying to arouse an extreme sentiment, either a positive or negative one. The expectation here is that the reader experiencing such a sentiment will be more likely to click on the link to the story itself and read it. This expectation is supported by the results of the paper Breaking the News: First Impressions Matter on Online News. The study presented in this paper examined 69,907 headlines from four different media outlets and arrived at the conclusion that the headlines which featured more extreme sentiments were also the most popular ones (Reis, et al., 2015). This is the sort of reaction a journalist writing clickbait wants the readers to have when they write a headline which appeals to an extreme sentiment.

Another tactic found in clickbait writing focuses on arousing curiosity rather than emotions. This tactic is often signaled by incomplete information in the headline, with phrasing such as “Here’s What Happened Next” or “You Won’t Believe What X Did”. There are a few theories that explain the success of such headlines, and one of the most fitting ones is the information gap theory, postulated by George Loewenstein in his paper The Psychology of Curiosity: A Review and Reinterpretation. In this paper, Loewenstein adds to the previous research regarding the phenomenon of curiosity by postulating the term information gap, which refers to the relationship between one’s current level of knowledge and the level of knowledge they desire. When there is a difference between these two, curiosity will arise. Moreover, not knowing certain information will cause one to feel discomfort, which will further spur their curiosity on (Loewenstein, 1994). Therefore, when an online headline includes such language, what the journalist is hoping for is that the reader will satisfy their curiosity and alleviate the feelings of discomfort by clicking on their story.

The final tactic clickbait journalism relies on refers mainly to including numbers or lists in the headline. This form of headline organization is meant to tell the reader exactly how much information you will find in the article. The aptly titled article A List of Reasons Why Our Brains Love Lists agrees with this idea (Konnikova, 2013). According to both articles, presenting a number or a list in the headline makes it easy for the reader to tell how much time and mental effort they will need to expend on reading the article. Therefore, the journalist wants the reader to feel at ease with reading the article, to click on in and feel comfortable in knowing how much effort they should invest.

To sum up, clickbait is a form of content that has recently gained a lot of traction online. It relies on tempting potential online readers to click on a link to an article by any means necessary, and it quite successful at this. These means can often be used with the goal of subtly manipulating the psychology of potential readers; such is the case with attempts to arouse extreme sentiments, triggering an information gap, or with lists and numbers in the headlines. When these psychological manipulation tactics are combined with monetary interests such as those in Slant, it can be seen that clickbait is a pernicious form of online content and that the brave souls wandering the online landscape should do well to stay wary of these pitfalls.