Current Situation in the U.S in the Light of African American History 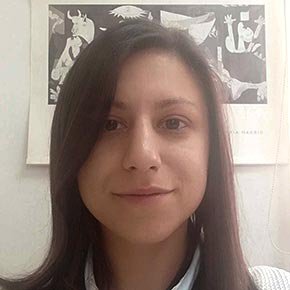 A man was killed in the middle of the day in the midst of the metropolitan city of Minneapolis by a police officer who held his knee on the man’s neck for nearly nine minutes. Although this event sounds like the kind of brutality that we can encounter only in fiction crime books, it is very real. Moreover, it happened on May 25, 2020, in our modern 21st century world that seemingly cherishes the ideals of humanity and equality. That man ruthlessly killed by a white police officer was George Floyd, an African American whose death provoked a massive reaction and initiated a wave of protests in opposition to the centuries-long issue of racism and racial discrimination in America. The frustration and anger over a very long history of killing African Americans because of their skin color brought people on the streets across the USA and resonated with people all around the world. In order for the voices calling for social justice, human rights and solidarity to be heard, and for the real change to take place, we all should, both Americans an non-Americans, start by acknowledging the hard truths, educating ourselves and those around us, and not conform by being silent.

A way to start a discussion on the issue of perpetuated racism and racial discrimination in America is by reflecting on the fact that racism is quite real, but “race” is not. Genetics offers no basis for racial divisions, in fact, it refutes the idea that those divisions even exist. Even though it rests on a wrong premise, i.e. the assumption that “race” is real, racism has the reality that race does not. Racism is real enough to produce severe social consequences. It is a part of a man-made belief system and has its origins in the events that took place over the course of history. The first ship with African slaves landed in Jamestown in 1619, but it was not until 1640 that slavery was legally authorized. The law stated that a black person was not to be considered a human being, but property, and that they could be bought and sold, while bound to lifelong servitude.  All of this was followed by a set of “slave codes” that were concerned with the status of slaves and comprised movement, marriage and education restrictions, regulated slave trade, and went as far as addressing the punishment of slaves by stating that a white person would not be punished for killing a slave. This institution of slavery lasted from 1619 until 1865 when it was abolished by the Thirteenth Amendment to the Constitution which at the same time effectively meant the end of the Civil War.

Even though slavery was officially abolished, the discrimination of African Americans was continued through segregation in almost all spheres of life, from schools to public areas, theatres and public transport. Out of this state of inequality came the Civil Rights Movement and many other movements and institutions which sought to alleviate and eventually eradicate injustice and racial discrimination. Some of those institutions and movements were NAACP, the Nation of Islam, Black Panthers, the Student Non-Violent Coordinating Committee, etc. The activists employed peaceful protests through acts of civil disobedience, and after some time, people, both white and black, belonging to various religions, joined the activists and proclaimed their support for the final cause. One example of such support and the power people can have when united is the March on Washington when Martin Luther King urged everyone to “make the real promises of democracy” and create a country where their children “will not be judged by the color of their skin, but by the content of their character.” And now, almost sixty years after the famous speech given by King, the struggle for racial equality is still very much present and especially illuminated in the course of events that include the killings of Ahmaud Arbery, Trayvon Martin, Breonna Taylor, and many other African Americans, culminating in the death of George Floyd which is defined as “the latest addition to a grim roster of African Americans to be killed by police.” Many are aware that racial discrimination has persisted over the course of sixty years, alongside all civil and human rights victories, including the election of the first African American president.

In 2012, following the murder of Treyvon Martin, a movement seeking to redeem a nation was established under the name “Black Lives Matter”. Their agenda campaigns against systemic racism and violence toward black people. Moreover, it unites the traits of many earlier movements, notably the Civil Rights Movement, the Black Power Movement, the Black Feminist Movement, pan-Africanism, and others, but one of the most important arguments of BLM is that the criminal justice system serves not to protect African Americans, but to instead perpetuate racial discrimination and violence. At this very moment, peaceful activists of this movement are on the streets of America, fighting for everybody’s rights to live a free and safe life, have equal rights and share the equal status with white Americans in the eyes of law.

In conclusion, the origins of racism and racial discrimination can be traced back to the history of slavery and racial segregation in America starting in the early seventeenth century, and their effects can be clearly seen at work in modern day American society. Many movements tried, both successfully and unsuccessfully, to fight this major issue and both emerging movements and people are refusing to give up their current fight which was made particularly fierce after the death of George Floyd. Last but not least, I always remember that throughout history, there have been people who were willing to fight for change, people who have shared their gifts and sacrificed their time, and sometimes even their lives to create change. We all should follow their example and remember that “If you are fortunate to have opportunities, it is your duty to make sure other people have those opportunities as well.”, Kamala Harris.